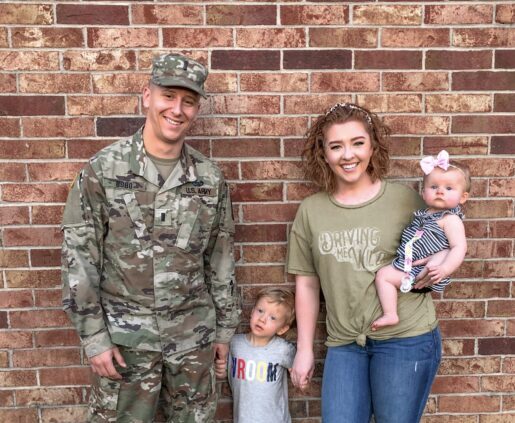 Commitment to Helping Others Inspires Servicemember to Pursue Chiropractic

Howard Bobo, DC student, realized his life’s calling at a young age after the loss of a loved one.

“My mom passed away when I entered high school,” Howard said. “A lot of people were there to help me get through it, and as a result, my family grew from it. That sparked my desire to help and serve others. To me, joining the military was the best way to do that.”

During his freshman year at Arkansas State University, Howard met with an Army Reserve Officer Training Corps (ROTC) recruiter. After learning more about the program, which prepares college students to become future officers, Howard signed up.

For four years, Howard spent hours each week learning skills such as rappelling, marksmanship and orienteering. His studies also included military operations and tactics, team dynamics and peer leadership, ethical decision-making and cultural awareness. Upon graduation, Howard committed to serving as an officer in the Army National Guard.

“The ROTC program gave me an opportunity many people don’t get,” Howard said. “In addition to earning my bachelor’s degree, I commissioned straight out of college as a second lieutenant. As a 23-year-old, I was in a unique position of authority overseeing troops of all ages. I was their counselor when they needed help and assumed responsibility for their actions.”

Although Howard has not yet been deployed overseas, he has had the opportunity to serve and train in a variety of locations, including Fort Leonard Wood in Missouri, Camp Dodge in Iowa, Fort Knox in Kentucky and Camp Robinson in Arkansas. He is currently preparing for a sabbatical from his studies to train at Fort Polk in Louisiana.

“We’ll be tested on everything we’ve been training for during the last four years,” Howard said. “It is treated as closely to a deployment as possible. We will have limited communication with the outside world, so we will be better prepared if we are mobilized or called into action.”

Although learning how to lead troops and plan missions has been a valuable experience, Howard is most grateful for the perspective he has gained since joining the National Guard.

“It has opened my eyes and allowed me to see what people go through on a daily basis,” Howard said. “I’ve been able to grasp the bigger picture of the different things people struggle with and how I can help them.”

Howard’s dedication to serving others also stirred his interest in chiropractic. After marrying his wife, Kaleigh, in 2016, he started working in his father-in-law’s chiropractic practice in his hometown of Hardy, Arkansas, as an X-ray technician. He gradually performed more managerial work as his passion for chiropractic grew.

“I saw patients come into the clinic telling stories about how they were at the end of their rope with medical interventions, prescriptions and surgeries that weren’t working,” Howard said. “After receiving chiropractic treatment, they’d have an entirely new outlook on life. They transformed into new people who could do things they forgot were even possible for them. Watching that made me think, ‘This is where I need to be and who I need to become: someone who can allow people to live life with fewer inabilities.’”

Driven by the dream of working alongside his father-in-law and helping grow his practice, Howard decided to pursue his DC at Logan after touring campus.

“Being from a small town, I immediately liked Logan’s intimate community,” Howard said. “I knew I could come here and feel like I was part of a family. I was also very impressed with its state-of-the-art facilities and equipment, especially the Force Sensing Table Technology that helps us perfect our adjusting techniques to become the best possible chiropractors.”

Since enrolling in Logan’s DC program, Howard has continued to work in his father-in-law’s practice, serve in the National Guard and raise a growing family. He currently has a 3-year-old son named Liam and a 2-year-old daughter, Magnolia.

“I don’t always get to see my family as much as I would like, but on the flip side, the little moments become all the more rewarding,” Howard said. “Having two little kids tackle me with hugs and kisses is the greatest reward after coming home from school or from a grueling training weekend.”

Although juggling school, service and family can be overwhelming, Howard said the lessons he has learned in the National Guard help him maintain a positive outlook.

“In the Army, they teach us to hunt the good stuff,” Howard said. “If you fixate on everything wonderful and beautiful in your life, the bad stuff doesn’t have time to catch up.”