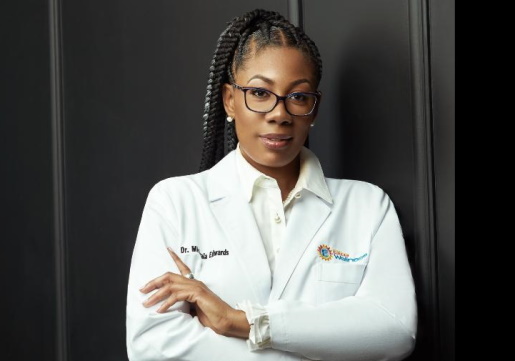 Micheala Edwards, DC (‘09) has been elected president of the American Black Chiropractic Association (ABCA). She is the fourth woman in the history of the organization to be named president.

“Being elected president was a goal I set for myself years ago,” Dr. Edwards said. “I’m very excited to now serve the ABCA in this new role.”

Dr. Edwards practices at E. Elite Wellness Center in Kansas City, Missouri, and has previously served as ABCA Vice President and Treasurer. A member of the Board of Directors for the past 12 years, Dr. Edwards has seen and contributed to the changes in the ABCA’s history, using this knowledge to set goals for her presidential term beginning this year.

“I’m proud that this came into fruition during a year of such chaos. I’m honored to have been chosen to lead the organization to success through the remainder of 2020 and beyond,” said Dr. Edwards.

One issue that Dr. Edwards hopes to address during her presidency is related to diversity and inclusion in chiropractic schools across the country.

“Right now, not every school recognizes the ABCA as a national organization. There are students who want to join but don’t have a way to do so,” Dr. Edwards said. “We strive to be a voice for all of our student members and ensure that all schools partner with the ABCA. Our goal is to have active chapters on every campus.”

Excited to continue moving the organization forward, Dr. Edwards is proud of the progress the ABCA has made over time. Not only is she the fourth woman to be elected president, this is the first year in the organization’s recorded history that the executive board is comprised of all women.

“From serving as a national student representative for the Student American Black Chiropractic Association (SABCA) to entering my current role, I’ve always wanted to push the ABCA to greatness,” said Dr. Edwards. “Knowing I’ve helped mold the ABCA as we know it is truly a rewarding feeling.”