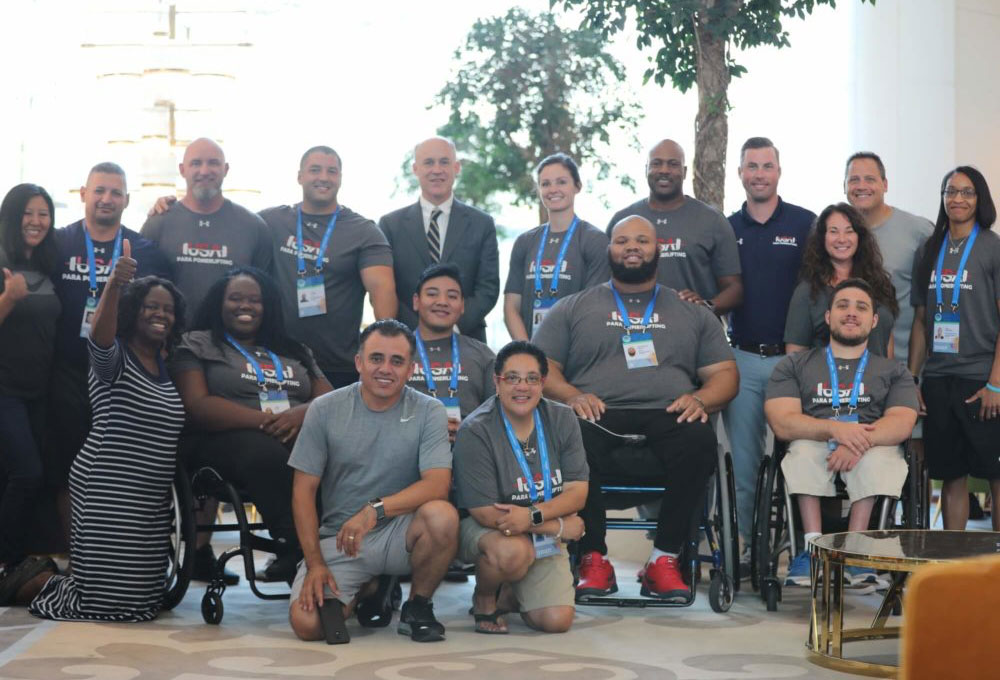 The 2019 World Paralympic Powerlifting Championships in Kazakhstan came to a close on July 20 with the U.S. Para Powerlifting team earning one medal and hitting personal records.

Kelley Humphries, DC, MS, EMT-P, CSCS, ICCSP, CCSP, Executive Director of Paralympic Operations at Logan University, said she was proud of the progress made by the athletes and coaching staff, adding that this year was a vast improvement from the team’s performance at the 2018 Americas Championships in Bogota, Columbia.

Early on in the competition, Jonathan Coots scored a bronze medal in the up to 54kg men’s Junior division weight category and Para Powerlifter Christian Largo competed in the up to 65kg open division, securing 12th place (with a best attempt of 137kg) among 30 lifters. Additionally, Para Powerlifter Luis (Alex) Gonzalez-Poma competed in the men’s Up to 72kg open division and hit a personal record at 103kg.

On their off day, the team had the opportunity to explore Nur-Sultan, the capital of Kazakhstan and met with Tedd Lyng, the U.S. Deputy Chief Mission to Kazakhstan. “It was a great day to see the city and embrace the culture,” said Dr. Humphries.

The next competition that the group will prep for is the qualifier at Logan in January 2020. Logan will also be hosting a Technical Official Course and an Athlete and Coaches Summit at the same time.