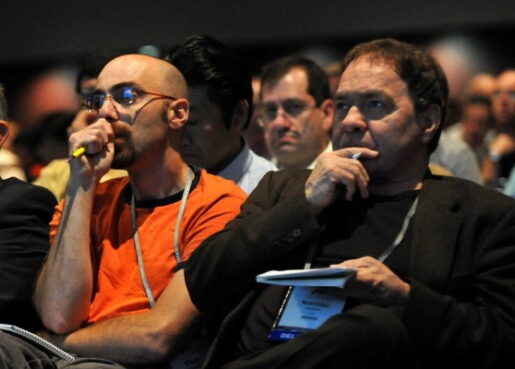 “Every clinician has a guess as to what’s going on when you conduct care,” said Norman Kettner, DC, DACBR, FICC, dean of research and professor emeritus of Logan’s Department of Radiology. “We’ve spent the last 20 years moving that on to a scientific foundation. Our work has impacted not only Logan and the chiropractic profession but biomedical science as a whole.”

While in Boston, Dr. Kettner met two of the lead authors on the acupuncture paper: Dr. Bruce Rosen, director of Massachusetts General’s research center, now called the Athinoula A. Martinos Center for Biomedical Imaging, and Kathleen Hui, MD.  Dr. Rosen was also central to the development of fMRI technology. “The connection was high velocity, and suddenly we started talking about collaborating,” Dr. Kettner recalled.

As part of the research relationship, Logan agreed to fund a postdoctoral researcher who would work at the Martinos Center. The first postdoc was Vitaly Napadow, a licensed acupuncturist who was just finishing up his PhD in biomedical engineering at the Massachusetts Institute of Technology.

“That fellowship was a dream for me,” Dr. Napadow said. “It was an incredible opportunity to not only work at the Martinos Center but also have an experienced mentorship team that included the folks who literally invented fMRI, as well as experts in applying that technology to understand therapies like acupuncture, and experts in radiology and neuroscience such as Dr. Kettner.”

Dr. Napadow began his postdoc in 2001. A few years later, the team’s first paper was published. The study, which compared brain responses to manual versus electrical acupuncture, was published in Human Brain Mapping.

A particularly noteworthy paper, published in Brain in 2017, was the largest carpal tunnel and acupuncture study with brain imaging ever done. “It was the first paper in the journal’s history to study acupuncture,” Dr. Kettner said. “It opened the door for an understanding of the critical brain responses associated with mechanoreceptor stimulation. That paper also received widespread media attention, garnering coverage in the New York Times, TIME and other major publications.

Dr. Napadow hopes his lab’s research efforts will help more patients get access to integrative treatments. “It’s important to make links between our research and the mainstream medical system because at the end of the day, you have to get these interventions into clinics to treat patients. The way to do that is through research.”

The fact that acupuncture is just recently covered under Medicare and Medicaid proves his point, he noted. “People have been researching acupuncture for 50 years or more, and only now is it starting to get broadly covered by insurance for low back pain.  It’s a watershed moment and could open the door for insurance companies to start covering acupuncture for other clinical disorders. I like to think that some of our research played an important role in this acceptance and coverage.”

Logan University and the Martinos Center recently unveiled a new collaborative research program to train postdoctoral students on studying integrative medicine with neuroimaging. “The trainees are going to be working at the Martinos Center while being mentored by myself and Dr. Kettner,” Dr. Napadow said.

In the fall (date to be determined), Dr. Napadow will be the Howe Oration speaker at Logan University, presenting on the long and fruitful collaboration between Logan and Massachusetts General Hospital.