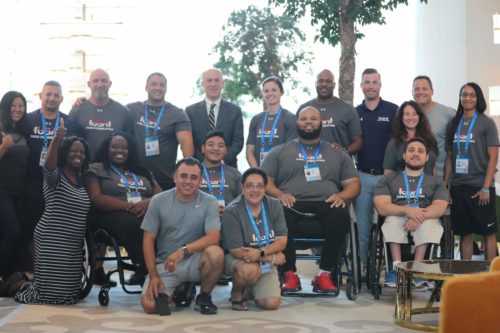 This Saturday, January 18, Logan University will host USA Para Powerlifting’s 2020 Regional Qualifier for the Colombia 2020 Road to Tokyo Para Powerlifting World Cup. Meet a few of the stand-out athletes who will be competing on-campus this weekend, then join us in the Wellness Center from 10 a.m. to 1 p.m. to cheer them on (the event is free and open to the public!). 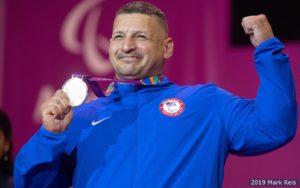 Two-time Paralympic powerlifter Ahmed Shafik is an unstoppable force of nature in the powerlifting community. Although he was diagnosed with polio as a child, Shakif never let this affect his aspirations. He eventually became one of the top competitors for the Iraqi Paralympic team, but after being jailed for a performance deemed unworthy by the national Olympic committee of Iraq, he fled to the United States. After returning to powerlifting in the U.S. following a 10-year hiatus, Shafik has broken dozens of records and earned multiple medals. Today, he is working toward qualifying for the 2020 World Cup in Bogota, Colombia, this spring – the final stop before the 2020 Olympics in Tokyo. 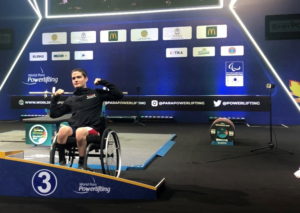 Jon Coots may be young, but his powerlifting career spans nearly a decade. The budding 19-year-old has competed in dozens of Para Powerlifting competitions since he fell in love with weightlifting in a seventh-grade advanced physical education class. He continues to train tirelessly and, as a member of Team USA, has earned the title of third-ranked junior Para Powerlifter in the world. Now, Coots has his sights set on the 2024 Paralympic Games in Paris and is working relentlessly toward that goal. 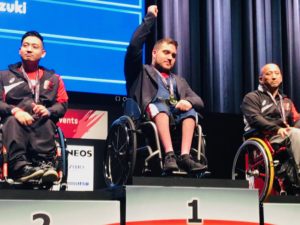 No stranger to Para Powerlifting competitions, Christian Largo has five international events under his belt. He’s competed across the globe in cities like Nur-Sultan, Kazakhstan; Lima, Peru; Bogota, Colombia; Tokyo; and Mexico City, winning medals or placing each time. Largo is proud of the medals he has earned and is extremely honored to be representing his country. Recently, Largo has turned up the intensity of his physical training and has been preparing himself mentally for the regional qualifier at Logan. From this event, Largo hopes to qualify for the next international competition in Bogota in March, as doing so will get him even closer to his goal of qualifying for the 2020 Paralympic games in Tokyo.