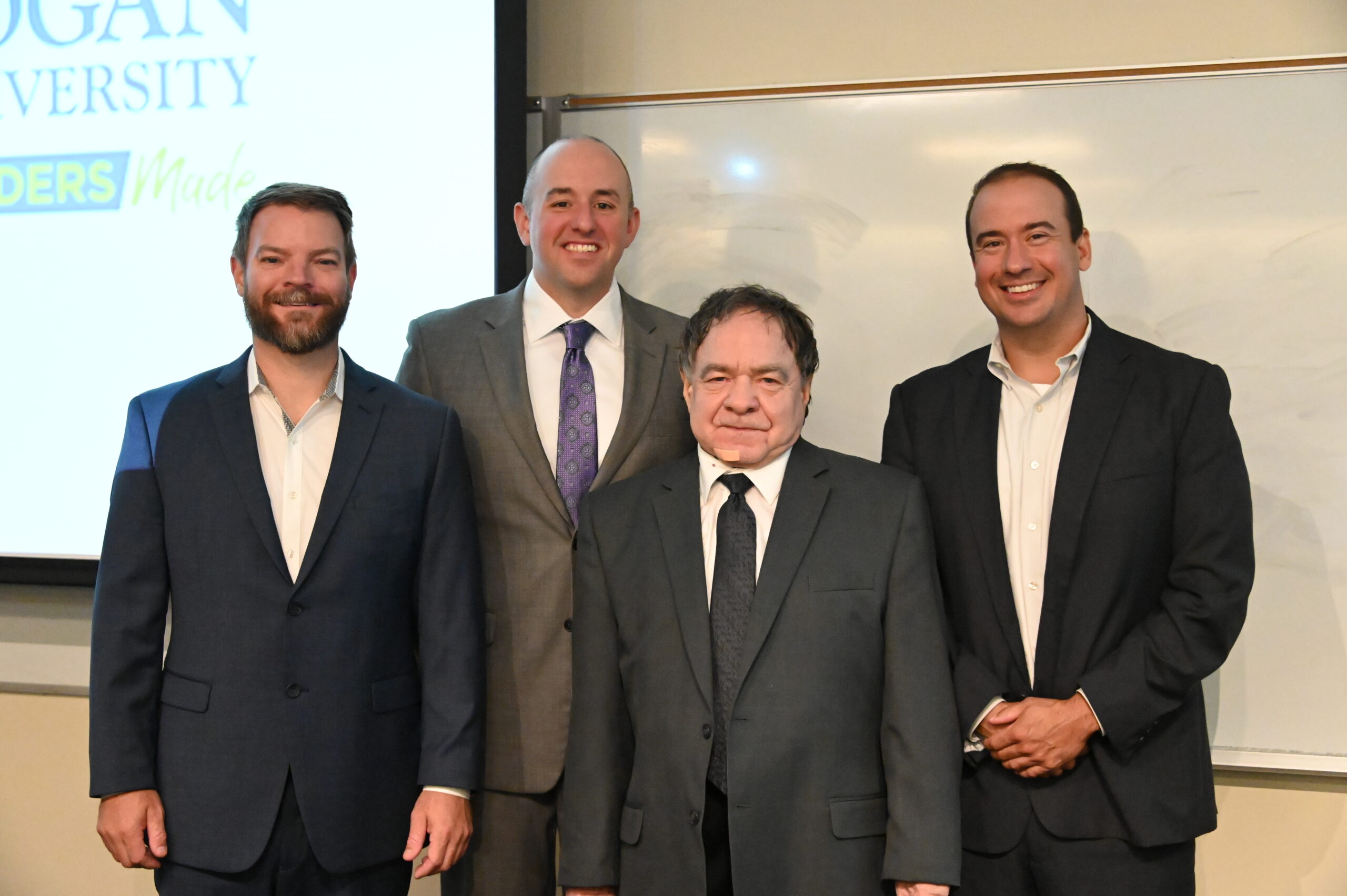 On Thursday, July 15th, Logan University’s Department of Radiology held the 15th Annual Joseph W. Howe Oration in Diagnostic Imaging. This Oration was organized by Logan University’s Dr. Norman Kettner and is designed to honor the extensive contributions and achievements of Dr. Joseph Howe to the education, research and practice of chiropractic radiology. Every year, eminent speakers have been selected to deliver the Oration from the fields of radiology, clinical practice, education and research, reflecting the extraordinarily wide scope of intellectual interest and contributions in the career of Dr. Joseph Howe. This year’s Oration address was delivered by Jeff King, DC, MS.

Dr. King is the director of chiropractic at the Medical College of Wisconsin in the department of neurosurgery. In addition to his clinical duties, he serves on many service line committees within the health care system and was previously the chair of the chiropractic examining board. Dr. King’s lecture title for the Oration is “Cervical spine pain in the concussion patient: Discussion of the current literature.”

Dr. King began his presentation by discussing the inspiration for this review, a recent influx of patients reporting to the headache and concussion clinics at his institution with persistent symptoms after a concussive injury. Many of Dr. King’s colleagues noted neck pain as a common factor among of these patients and suggested the remaining symptoms might be the result of an “untreated whiplash injury masquerading as persistent post-concussion symptoms.”.

This prompted a review of several clinical sources surrounding the topic of concussive injury care. Subjects covered included studies of individuals with concussive symptoms so severe that it interfered with their daily lives, studies examining the predictors and frequency of neck pain in patients with mild traumatic brain injuries, and a study covering the prevalence of acute neck pain following sports-related concussions in high school athletes.

From the review of these, as well as several other sources, it was determined that patients who experienced neck pain after a concussion were more likely to experience a longer duration of total symptoms than patients who presented without neck pain. Dr. King referenced an observational study conducted by the Journal of Neurotrauma titled “The Prediction of Persistent Post-Concussion Symptoms Following a Mild Traumatic Brain Injury” which stated that “the 20% of patients in the study that presented with neck pain where over 2½ times more likely to present with persistent post-concussion symptoms that those without.” This factor was noted as a possible injury predictor for future patients that might need more acute care following a concussive incident.

“We’re getting to a point where we’re getting a pretty good picture of who these people are,” Dr. King stated. “With a growing body of literature to review, the conclusion was that, yes, cervicogenic symptoms are prevalent in both the acute and chronic states following a concussion. If not diagnosed appropriately, it increases the likelihood of persistent post-concussion symptoms.”

While excited about the current body of work available on the topic, Dr. King mentioned the need for further research to help increase both knowledge and awareness among practitioners in the hopes that it would lead to more accurate diagnosis and more effective treatment for patients with persistent post-concussion symptoms.

The Oration was immediately followed by questions from the audience and led directly into a panel held by Dr. King, as well as Logan graduates Dr. Patrick Battaglia and Dr. Ross Mattox, for Logan’s trimester students highlighting different examples of chiropractic care in an integrated clinical setting. Topics covered by the panel included the financial benefits of integrated care as an early intervention, the benefits of putting the patient at the center of their healthcare plan, and empowering the patient through education around non-specific diagnoses.

Dr. King referenced one particular patient he worked with who was suffering from persistent and debilitating symptoms from a recent neck and spine injury. Having exhausted other avenues for diagnosis and treatment without seeing the desired results, the patient was prompted to try out chiropractic care. Dr. King noticed that the patient was “almost myopically focused on the injuring event” and, after an exam and reviewing relevant tests he was able to educate the patient on the nature of non-specific spinal injuries and began them on a standard physical therapy program. At each subsequent follow-up session, the patient reported significant improvements in both their mental and physical health having been provided with the information to better understand and treat their condition.

“We need to show patients it’s okay to feel frustrated. It’s okay to feel mad. It’s okay to not have a specific diagnosis.” Dr. King commented. “What they may need is reassurance, education, and understanding.” It was also stressed that education around a patient’s diagnosis should be thoughtfully worded so as not to promote the idea of fragility around one’s condition, but rather promote a mindset of healing and empowerment. Dr. King was pleased to report that, after the proposed treatment, the patient in question made a full recovery and returned to both daily activities and regular military service.