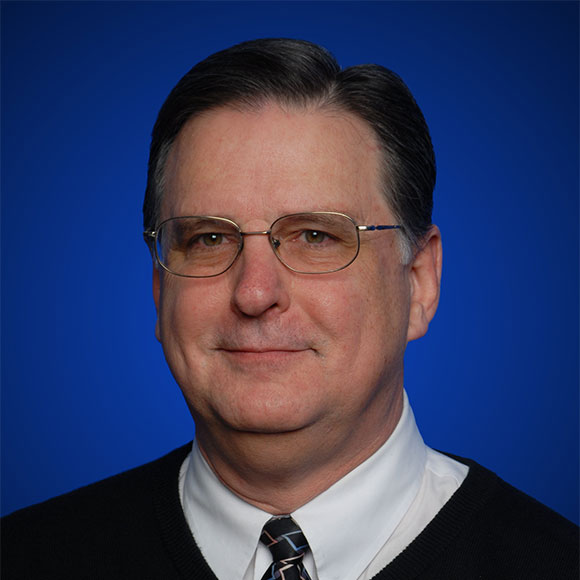 D. Robert Kuhn, DC, DACBR, ART® is a Professor and former Chair of the Clinical Science Division; a position he held from 2003 until 2016. He has been a member of the faculty since 1990. Dr. Kuhn holds an AS degree from Empire State College in New York; earned BS in Human Biology and Doctor of Chiropractic degrees from Logan University in 1985 and 1986 respectively. He completed a three year Radiology Residency in 1990 and successfully passed the radiology board exams and earned Diplomate status from the American Chiropractic College of Radiology. He was awarded tenure in 2007. In addition to Radiology classes he has taught a wide range of other topics including Chiropractic Philosophy, Physical Diagnosis Lab, Laboratory Diagnosis Lab, Dermatology, Active Release Technique, Gastrointestinal and Genitourinary and has recently become certified to teach Selective Functional Movement Assessment.

Dr. Kuhn was appointed to the Federation of Chiropractic Licensing Boards-Providers of Continuing Education (FCLB-PACE) in 2009 and continues to serve as an Application Reviewer. He has served on various committees of the National Board of Chiropractic Examiners from 1993-2001 and again in 2015.  Dr. Kuhn served the Alumni Association from 1993-2013 as an Advisory Board member and officer. As a member of the American Chiropractic College of Radiology he began service on the annual Convention Committee in 1996 and has been Chair of that Committee from 1998 and continues to serve in that capacity. As a certified instructor in Active Release Techniques® (ART) he was named to the Medical Staff for the United States Skating National Championships in 2006.

Dr. Kuhn has delivered many post graduate lectures for Logan University since 1989 and has spoken for the Postgraduate departments of Parker College, National University Health Sciences and Life West. He has delivered postgraduate lectures for the University of Missouri Kansas City Medical School in the area of the documentation of soft tissue Injuries. He is a contributing author for the Elsevier textbook Clinical Imaging which is in its 3rd edition.

He was awarded Distinguished Service Honors by the Alumni Association in 1999, 2002, 2009 and 2013.  He earned the Research Advisor Award in 1990, 1992 and 1999. The Missouri State Chiropractic Association presented Dr. Kuhn with the Excellence in Teaching Award twice. He was named Instructor of the year by the students in 2002. That same year he earned the Emerson Award for Excellence in Teaching. In 2003 he was selected to receive the Governor’s Award for Excellence in Higher Education.

Dr. Kuhn has contributed to the education of the finest chiropractic students to be found anywhere since 1990 and he plans on continuing to challenge future classes to achieve all they can.