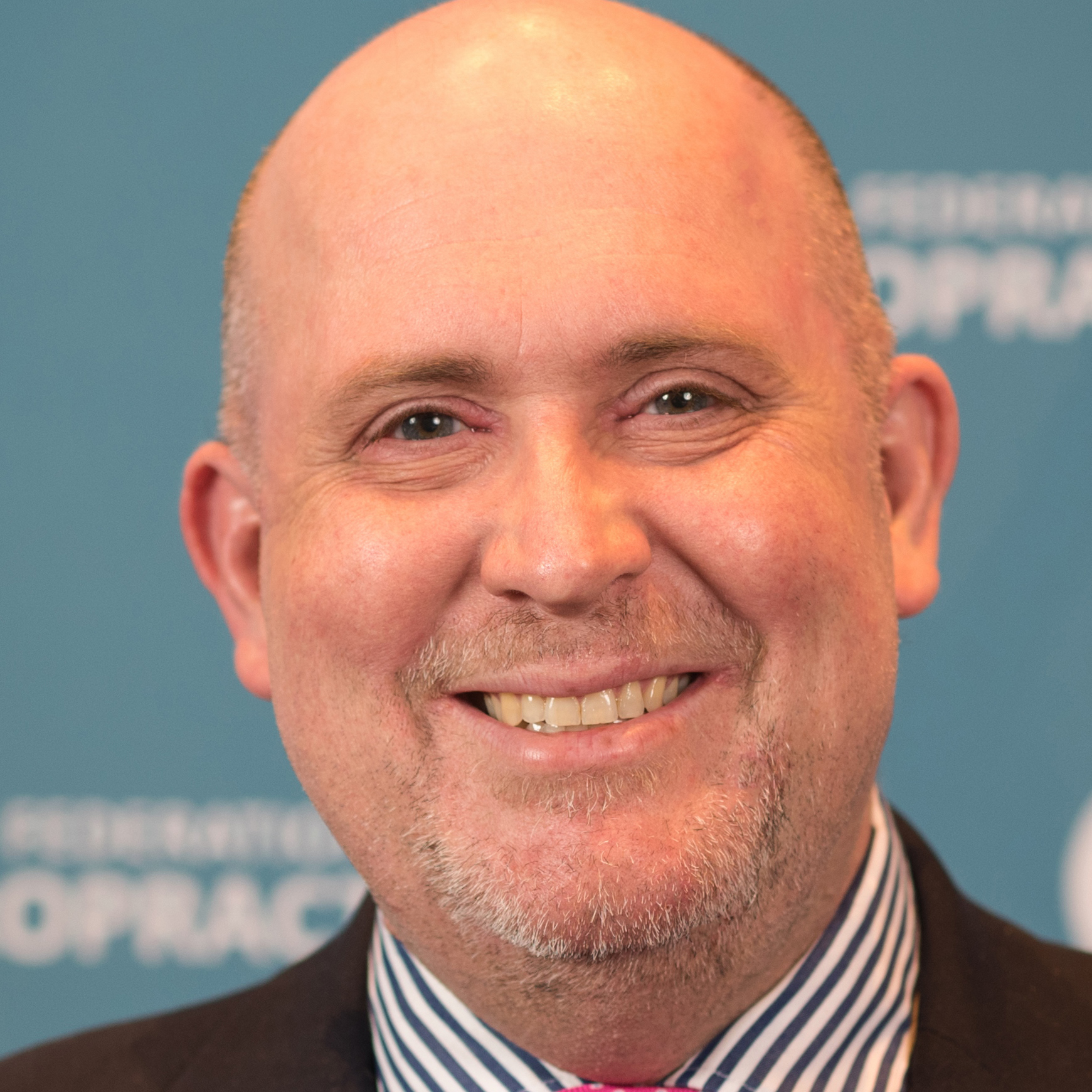 Dr. Brown is the Secretary-General of the World Federation of Chiropractic. Based in Toronto, Canada, Richard took up his new post on 1 July 2015. The WFC, an NGO in official relations with WHO, has 88 members in 7 world regions and is principally concerned with the support, empowerment, promotion and unity of the chiropractic profession internationally.

Richard is a 1990 graduate of the Anglo-European College of Chiropractic (AECC). He was in private practice for 25 years before relocating from his native United Kingdom to Toronto, Canada.

Richard is a past president of the British Chiropractic Association (2009-2013) and had a number of roles with the European Chiropractors’ Union, including its first Secretary-General between 2009 and 2015.

As owner and clinic director of a large interdisciplinary clinic in Stroud, Gloucestershire, Richard has first-hand experience of working collaboratively with other health professions, including general medical practitioners, surgeons, physiotherapists, exercise professionals and podiatrists.

In his clinical practice, Richard worked extensively in professional sport, including the English Premier League (football), elite athletics and Moto-GP motorsport. He remains a member of the Fédération Internationale de Chiropratique du Sport (FICS) and served as a member of the medical team at the London 2012 Olympic Games.

In 2015, Richard spent time working with under-served communities as part of the World Spine Care project in Botswana. He is the founder and immediate past Chair of Trustees of the Chiropractic Research Council, a UK-based charity. He has educational experience as a senior lecturer at the University of Glamorgan (now the University of South Wales) and served on the Board of Governors at AECC. He served for a number of years as an examiner for the UK regulator’s Test of Competence. He has lectured extensively in the UK and internationally on professional standards and the status of the chiropractic profession.

With a Masters Degree in Law (LL.M) from Cardiff University, Richard has for many years worked as an expert witness in both the UK and Ireland and retains a medicolegal consultancy. Covering areas of clinical negligence, fitness to practice and statutory regulation, Richard has also been involved in drafting codes of ethics and standards of proficiency both in Europe and Asia.

As Secretary-General, Richard is responsible for leading the Secretariat at the WFC headquarters in Toronto and for strategic and policy development of the organization.