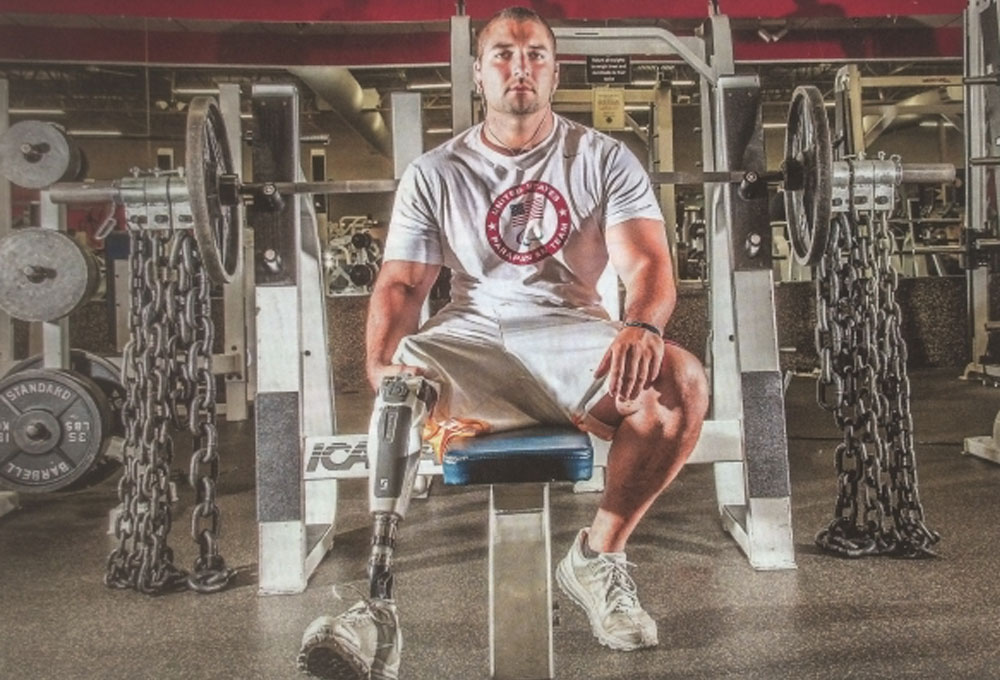 In December 2016, Logan University officially became home of USA Para Powerlifting, hosting training camps and events and providing a new place for para athletes and their coaches from across the country to convene and compete.

High Performance Coach and USA Para Powerlifting Manager Mary Hodge said para powerlifting is gaining more awareness. According to the Team USA website, the sport has expanded from lifters with spinal cord injuries to individuals with a variety of disabilities, such as dwarfism, amputation/limb loss and cerebral palsy, among others. Additionally, the number of participating countries is now more than 100, making para powerlifting the fastest-growing Paralympic sport.

As an advocate and ambassador, Mary said she is committed to helping grow the sport and educating those among the disabled community about the possibilities para powerlifting presents. “Our goal is to develop athletes so they can compete at the highest level possible,” she said, adding that sharing their stories and successes brings more exposure to the sport.

Jake Schrom is no stranger to hard work. The Carlisle, Pennsylvania, native grew up playing multiple sports and began helping at his family’s tree service and landscaping business as soon as he was old enough to work. For six years, Jake worked alongside his family members, never giving a second thought to his physical capabilities.

Then, in May 2008, Jake’s world was turned upside down. Just after finishing his sophomore year of college at Pennsylvania State University, Jake was driving a work truck down a highway when the brakes stopped working. He was thrown out of the vehicle, which landed on his legs. His injuries were so severe that Jake’s right leg had to be amputated above the knee.

After waking up in the hospital and realizing what happened, Jake’s confusion turned to fear until two members of the Amputee Support Team of Central Pennsylvania paid him a visit. “I didn’t know anything about amputations. I’d never even seen someone with a prosthetic limb,” Jake said. “It was comforting to see someone who was once in a similar situation as me doing well. It really helped get my mind in the right place to begin healing.”

Jake worked hard to heal and recover over the next few months so he could return to Penn State. This was when he was introduced to Ability Athletics, an organization that helped turn Jake’s life right-side up again.

“Ability Athletics introduced me to Paralympic sports,” Jake said. “They took me to my first competition, which is where I was noticed by the coaches of Team USA.” Nearly 10 years later, Jake continues to dedicate his life outside of work to building his rank and working toward his ultimate goal: competing in, and winning, the Tokyo 2020 Paralympic Games.

“I always ask myself ‘How bad do I want this?’ It helps me put everything in my daily life, outside of work, into improving at powerlifting,” Jake explained. His overall ranking has jumped significantly in the past two years as a result of his hard work and dedication to powerlifting.

Outside of the gym, Jake has spent nearly a decade as a trained peer visitor with the Amputee Support Team of Central Pennsylvania. Jake said, “The peer visitors were so helpful and influential on my recovery process. I love being able to help others who are in similar situations as I once was.”

From the moment Jonathan Coots began lifting weights in a seventh grade advanced physical education class, he knew it was something he was going to stick with. Jonathan enjoyed the class and had so much encouragement from his coaches that he decided to continue into high school. Just two years later, at the 2016 high school national competition, Jonathan took first place and set a national record for bench press. This was no ordinary feat, but Jonathan is no ordinary kid.

Jonathan was born with spina bifida, a birth defect that occurs when the spine and spinal cord don”t form properly. He spends much of his time in a wheelchair, but that didn’t stop him from becoming one of the top powerlifters in his weight and age group. Jonathan’s best bench press is in the 200- to 210-pound range—nearly double his body weight and indicative of his potential to compete on an elite level. During a recent competition in St. Louis, his performance impressed a coach for the USA Para Powerlifting Development Team so much that she asked him to be part of the team.

Now, just after starting his senior year at Belton High School in Belton, Missouri, Jonathan has his sights set on attending the 2024 Paralympics in Paris. He works tirelessly toward this goal every day with a workout program from his high school coach, as well as his Team USA coach.

The USA Para Powerlifting team, and team hopefuls, will return to Logan in 2019 for training and competition.